Specializing in straight, wavy, and curly hair,” Jerry cuts like no one else.

Walk into hairstylist Jerry Lauretano’s salon through a city garden courtyard carpeted with cherry blossoms, lined with trees, and dotted with ornamental shrubs, vines, and other plants chosen to attract and shelter birds and butterflies. Instead of glamour posters and drywall, an entire side of the shop is comprised of floor to ceiling glass doors that, weather-permitting, fold wide open onto the lush panorama of the patio. Bird songs trill in the background, greenery abounds inside and out, and a set of shelves overflow with books about gardening and birds and a handy set of binoculars for the curious.

“I think [losing Lauretano] would be a real loss for Harvard,” Eric R. Nierenberg, Harvard ’96 said. “Going to Jerry’s isn’t just a haircut, it’s an experience.”

While bird feeders serve feathered visitors, Jerry delivers both expert attention and a boundless repartee as he brings an artist’s eye to his chosen profession. In addition to a passion for the birds and his stylistic expertise, Jerry also delivers when it comes to his own quirky history. For 16 years he was proprietor of Jerry’s Underground in Harvard Square, something of a cult favorite for the local set.  Jerry still maintains a loyal client base from more than 30 years of coiffing Harvard students’ hair, including some of Boston’s financial giants who make their regular pilgrimages from Back Bay to the little Somerville garden salon. The Unofficial Guide to Life at Harvard called longtime Harvard Square barber Jerry Lauretano “a living legend”, and his clientele took his departure from the Square hard when his lease expired in the coveted location and was taken over by a higher-paying restaurant.

Kristin T. Gilliss, Harvard ’99: “I think he’s absolutely hysterical. Being there was sheer entertainment. I was laughing the whole time.”

In designing his “new shop” in Somerville, Jerry directed the architects to build it facing the sun, with French doors that allow the sun to light up the Italian tile floors even on the shortest days of the year, when he brings his flowering plants inside for the winter. This is where his faithful clients, whether Boston glitterati or next door neighbor alike come to sit contemplatively watching orioles, goldfinches, a red-tailed hawk (aptly named “Hairspray”) while Jerry deftly wields his scissors and green products and waxes on about Rufous-Sided Towhees, planting trees and landscaping parks, the Boston Red Sox, politics … 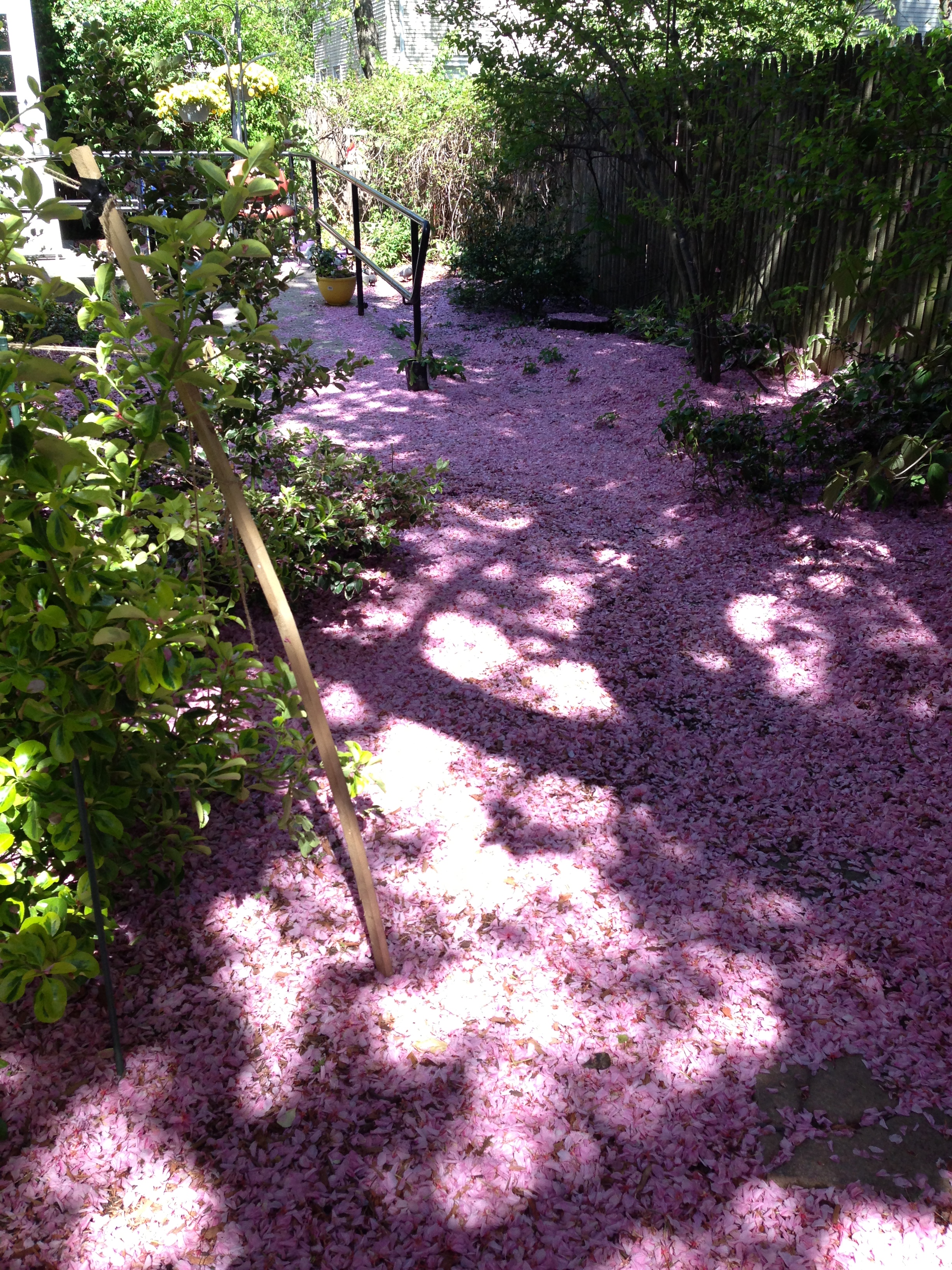